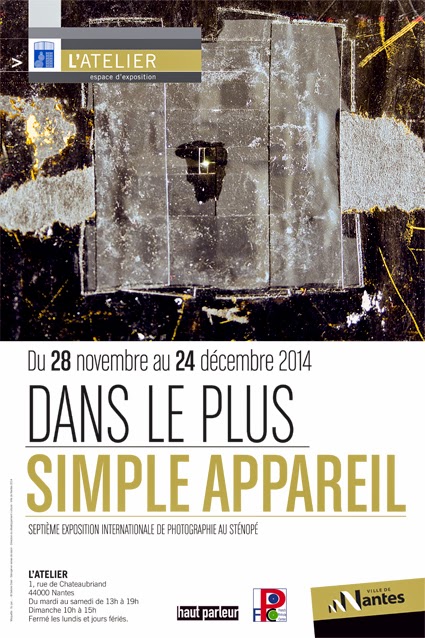 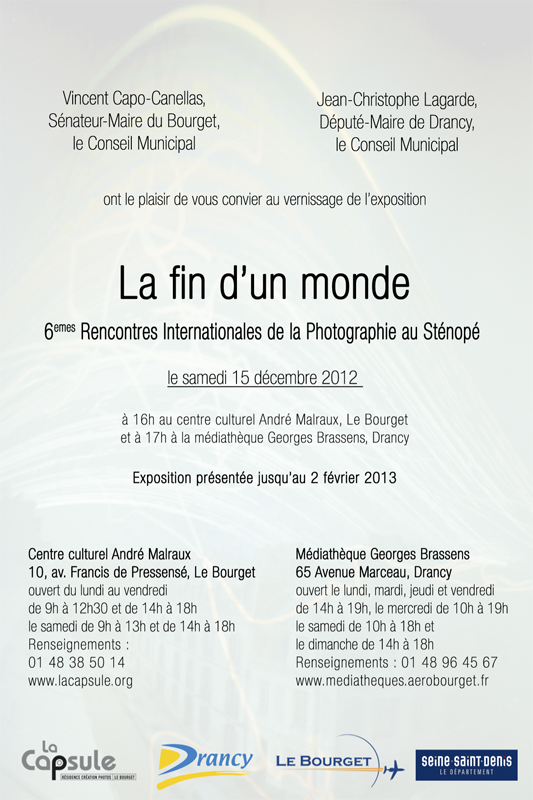 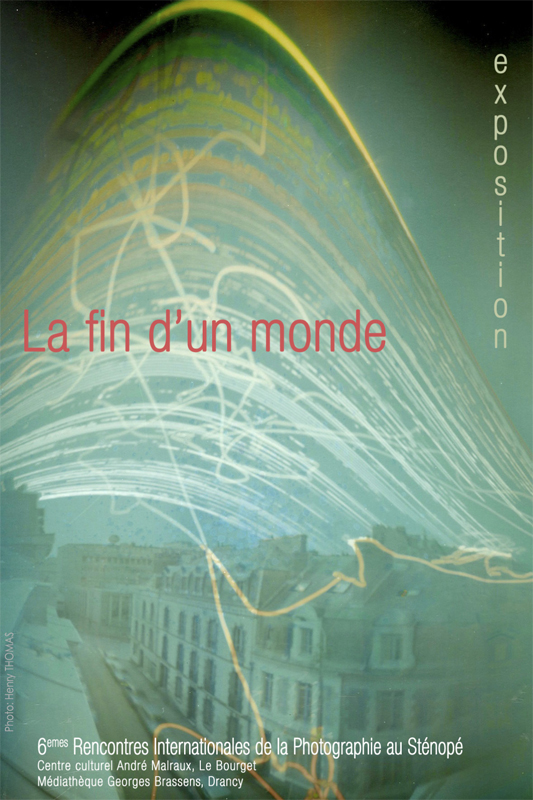 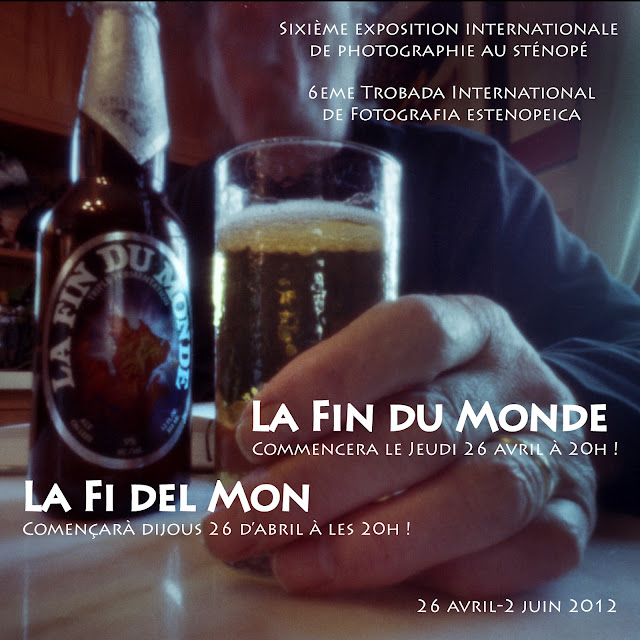 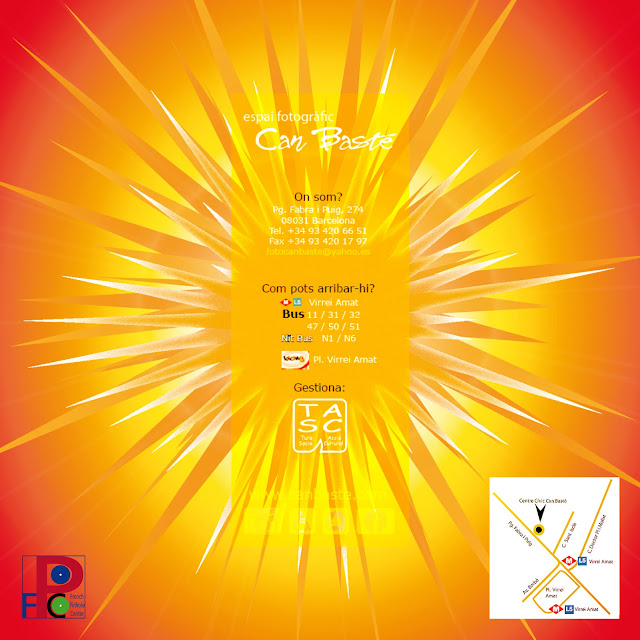 Call for entry : The End of the World

The Cultural Center of Barcelona Can Basté will host from April 26th to June 2nd 2012, the Sixth International Lensless (pinhole, zone-plate, sieve…) Photography Exhibition on the subject of the end of the world.


Since the dawn of humanity, the human being realizes that his life has an end, that all life ends one day and thus the world we know may also turn off. Many prophecies from the Mayan, the Sybil and other Pythia have announced the date: the winter solstice of 2012 of the Gregorian calendar:


End of the world, end of humanity, end of your world or simple idiomatic expression... Causes and consequences have little importance (almost) for our practice of pinhole photography. Whether a natural disaster, nuclear, economic, a breakup, the loss of a love, a job or a pet, the theft of a car or a situation where you feel losing ground, the end of the world can take place every day in some innocuous actions and everyone will say "it's the end of the world" in a circumstance of its own.


Hyeronimus Bosch's paintings, films like “On the beach” (Stanley Kramer), "The Deer Hunter” (Michael Cimino), "Soylent Green" (Richard Fleischer) "Melancholia" by Lars von Trier… show scenes of the end of the world that are not always happy ...


And you? What images of the end of the world can you create with your pinhole?


The exhibition will be held in Barcelona (Spain) at the Cultural Center Can Basté, from April 26th to June 2nd 2012, and probably in Orense (Galicia) (dates to be defined later).


You have to present a coherent series of 5 to 10 photographs.


The size, the support and the arrangement of the images are open.


If you choose to show them framed, don’t use glass !


To participate, send before February 15th, 2012, by Internet only at the electronic address frenchpinholecenter@orange.fr, a file including the following details:


Reproductions of the images such as they will appear to the exhibition without passe-partout or frame, but if it is an alternative print the reproduction will be the one of the print). The reproductions will be numbered. Every reproduction will have 1800 pixels in its largest dimension in 300 dpi, .jpeg format maximal quality. The digitized images must be dusted off, in RGB format for the color, in grey levels for the Black and White.


2- A sketch presenting the arrangement with the number of each picture. You aren’t obliged to use frames, your pictures can be simply pasted on a rigid support or presented in the form of a roller or be a part of an installation…


- Characteristics of the pinhole-camera(s) used to create these photography (focal length, diaphragm, …)


4- A short text (in French, English or Spanish) presenting your work on this subject (5 lines max.).


5- A photography of each pinhole-cameras used, numbered in correspondence with the reproductions. This (these) image(s) will measure 1000 pixels in its greatest dimension in 300 dpi, in JPEG maximum quality.


The pictures will be used in the catalog, so they need to be technically perfect !


The files not corresponding to this request will be systematically rejected.


Authors have to take all the customary precautions for a safe travel of their works so that they won’t be damaged.


The curator of the exhibition and Can Basté reserve the right to not hang on the prints which quality is not in compliance with selected files.


During the exhibition, the authors will follow on http://frenchpinholecenter.blogspot.com and the de Can Basté site http://www.canbaste.com/ the events of the exhibition.


At the end of the exhibition in Barcelona the pictures will certainly go to Orense (Galicia) to be exhibited during El Otuño Fotografico. At the end of this second part of exibition they will be returned to their authors at the Can Basté of Barcelona expense.